Only bagged a Java Developer job at Metro Bank after prison 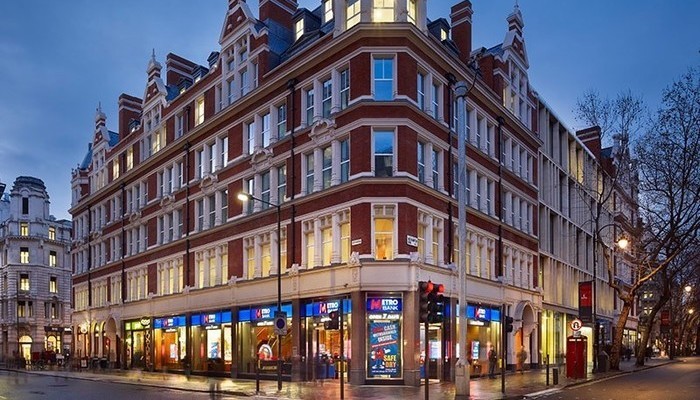 Today I’m so unbelievably chuffed to finally be able to announce that on 29 July, one week after being released from prison I’ll be starting work at Metro Bank as a Junior Java Developer!!

It’s been a long old journey and it still baffles me to think that I’ve managed to bag a FinTech job at a high street bank before even getting out of prison. Needless to say, I’m absolutely delighted and cannot wait to join the team at Metro and give back to an employer who has given me an immense opportunity to redeem my working life after more than two years in prison.

How it all began

In June 2017, I put my name forward to express my interest in joining a new prison workshop; Code 4000. A few weeks later there was an introductory event in the prison’s chaplaincy, where I met Michael Taylor who had set up this pilot coding workshop to teach prisoners how to code, develop software and ultimately create new career pathways for convicts.

Michael has a lot of experience working with CoderDojos and was interested in teaching coding to marginalised groups. After hearing of the success of the Last Mile program in San Quentin prison in California, Michael took it upon himself to set up a similar program in the UK, the first of its kind in Europe.

On 2 August I entered the pilot workshop.

I’d already done some web development work in my teens using PHP, HTML and CSS. The core Code 4000 curriculum at that time consisted of tutorial and information videos and books on HTML, CSS and Javascript, as well as the basics of computer science and networking.

After a few weeks of covering the fundamentals of HTML and CSS I moved on to learning Javascript, which I knew from my previous experience would be much more up my street. I spent the next 6 months building things in Javascript and JQuery and thoroughly enjoyed it. During this time I helped Neil, the workshop manager, develop the course’s curriculum. I also led phase one of a project building a new browser-based software system for the prison’s library.

Unfortunately at this time, due to the difficulties with replicating an online environment without the internet, we weren’t able to use any server side frameworks (although it was always Michael’s plan to introduce Ruby on Rails to the curriculum — which has since happened). Fortunately, a local server was installed in the workshop and me and a couple of others also started to develop PHP code.

On 2 March I moved to open prison.

I was able to reach out to a Sheffield agency, Yoomee whilst still in my category C prison. Director Andy Mayer came to visit me and agreed he would take me on as a volunteer if the open prison would agree to give me a license to work outside of the establishment.

I started at Yoomee on 1 October. The process took a long time due to prison policies, many of which have since been revised for the better. When I started I knew I wanted to learn backend development. After talking to Andy he put me onto Ruby on Rails tutorials. Five weeks later I started on my first client project redeveloping charity Off Axis’ website (as detailed in my previous blog post). I’ve been developing in Rails ever since, working on Yoomee and Code 4000 projects. I’m hoping the front ends are soon finished so I can add them to my portfolio.

In December, Tariq Hassan, the recently appointed CEO of Code 4000, came to meet with Andy to discuss the possibility of a formal relationship between Yoomee and Code 4000 (now all Code 4000 students who progress to open prison have the opportunity to work at the Yoomee office). I also met with Tariq and we discussed my intentions for release. Tariq asked if I was open to moving to London as he had some exciting developments within the city.

In January I met with Paul Riseborough, Chief Commercial Officer at Metro Bank. Tariq and Paul had been working for the past few weeks on the possibility that Metro Bank might look to form a partnership with Code 4000 to take on graduates into their IT team. Fortunately for me, the timelines coincided with my release perfectly.

In February I met with some key players within Metro’s IT team. We had a great conversation about my plans and aspirations and I think they used the occasion to size me up in terms of technical abilities. After this I had a long wait, during which Metro looked into revising their recruitment policy, as it previously prohibited them from employing offenders.

During this time I kept my focus on potential employment with Metro Bank, hoping that things developed favourably and using the time to start learning Java, the ultimate FinTech programming language.

On 20 May (two days before the two year mark of my sentence) I was finally able to attend my final interview with Carly, Director of Recruitment and Haresh, Head of Digital Architecture. We had a really good conversation that reaffirmed to me that Metro was exactly where I needed to be. And thankfully the next day I received a call from Tariq saying that an email from Carly with a job offer was imminent.

Despite being very productive during my sentence, the three years since my arrest have been hard. The profound sense of relief at securing a job with genuine career prospects ahead of release is both immeasurable and surreal. Never mind the fact that it’s coding for a bank, which would be my first choice of job every time!

At this point I want to thank, with extreme sincerity; Michael Taylor for starting the program; Andy and Nicola Mayer for having me at Yoomee; my mentor and go-to genius Ryan Brooks; and Tariq Hassan, Paul Riseborough and Carly Perry for seeing this over the line. Finally and most importantly; all of my friends and family, in particular my amazing girlfriend Rachel King for keeping me sane and motivated for the past two years. It literally couldn’t have happened without any of you and I look forward to making you all proud over the next few years.

Code 4000 is exactly the kind of pioneering partnership that we need to encourage. It brings together prisons, businesses and teachers to address the country's demand for digital skills and local regeneration, and giving prisoners relevant employment and a new future.

To give ex-offenders the confidence and skills they will need to get a job - and critically keep it - we need to engage prisoners in work experience and training in custody which accurately reflects the employment market in the communities they will return to. For the first time Code 4000 gives those in our custody the opportunity to engage in a training programme to become the ‘coders’ of the future.

Having been deeply impressed after visiting The Last Mile prison rehabilitation program at San Quentin Prison in San Francisco in 2013, I was delighted to be introduced to Michael Taylor, who had aspirations to create a similar programme in the UK. Since that time, Michael has shown vision, creativity and tenacity in launching Code4000 at HMP Humber. I hope that he will continue to receive the support from the prison estate to extend this vital initiative across the country.